Did You Suffer An Airbag Injury In A Car Wreck?

It’s a painful truth but in a car accident, even properly-working airbags can hurt you.

An airbag injury is an unfortunate consolation prize that many car accident victims get to walk away with. Of course, that’s in addition to the obvious benefit of being able to walk away.

If you were injured by an airbag in an auto accident, you may have missed work, or been unable to return to work while you recovered.

If you’ve fallen behind on your bills, a car accident loan could be just what you need to get your finances all caught up again.

Legal funding can help injured plaintiffs regain control of their finances so they can keep their heads above water until their attorneys finish negotiating their settlement.

✔️ Were you in a car accident and got injured by an airbag?

✔️ Are you represented by a contingent fee attorney?

✔️ Do you need money for bills and can’t wait until your case settles?

If you can answer yes to all three, you might qualify for a lawsuit advance from TriMark Legal Funding. And if you do, you could receive cash in as little as 4 hours after you are approved.

Have Questions?
Call and speak with one of our funding experts today. 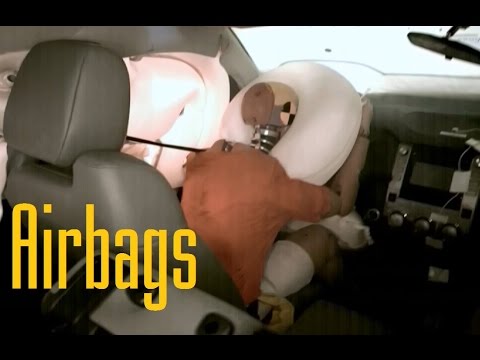 ❇️  You are represented by a contingent fee attorney
❇️  There is clear liability against a sufficiently-insured defendant.

❓ Do you offer lawsuit funding on all airbag injury cases?

No. We do not offer funding on minor injury-only cases.

“Minor injury” refers to cases where the only, or the most serious, injury is bruising, scuffs, scrapes, minor lacerations, whiplash, concussions, sprains, strains, migraines, difficulty breathing, ringing in the ears, and other things of that nature.

❓ Do you offer cash advances on defective airbag lawsuits?

On individual defective product lawsuits, as long as your attorney can provide the required case documentation, we can offer lawsuit funding with no problems.

For pending mass tort litigation, it’s going to depend on the status of the litigation and that can change over time.

For settled cases, regardless of whether it’s an individual case or mass tort, if you have signed a claim release and are simply waiting to receive your payment, we can offer settled case funding up to 50% of your net settlement award.

If you have a defective airbag injury lawsuit, you can call us at (877) 932-2628 and after answering a couple of questions, we’ll be able to tell you if your case qualifies for funding.

❓ Do you offer airbag injury funding in my state?

We currently offer lawsuit cash advances in all but about four states in the United States. In addition, some states have minimum funding requirements or other limitations.

You can visit the States We Serve for more information or you can call us at (877) 932-2628 and we can tell you if your case is eligible for funding.

An airbag injury is usually caused by one of two things:

This includes the cringe-worthy “feet on dashboard airbag injury” types of lawsuits.

If your injuries were caused by a defective or improperly-working airbag, meaning it either deployed when it wasn’t supposed to, didn’t deploy when it was supposed to, malfunctioned, or deployed incorrectly, you probably have a defective product or product liability lawsuit or possibly a wrongful death lawsuit.

Aren’t Airbags Are Supposed To Protect Us?

Airbag injuries are not uncommon.

A properly functioning airbag will inflate in 15 to 50 ms. For comparison, that is between 3 and 10 times FASTER than a human being’s mind is capable of generating and then acting on a thought.

In other words, in about 1/20th the time it takes a properly-seatbelted person to blink their eyes, the airbag has already exploded up to 18 inches into their abdomen and face at a velocity of up to 200 MPH.

Depending on where a person’s head, body, hands, and arms were and what they were doing at the instant the airbag deployed, it stands to reason that some injuries are going to happen.

That’s an interesting question. Most people will live their entire lives and never stop to think what would happen if they got hit with something moving at 200 MPH.

That is 200 MPH. That’s how fast an airbag could be moving when it deploys.

At TriMark Legal Funding, we provide non-recourse pre-settlement funding and settled case funding to seriously injured plaintiffs throughout the United States, often in 24 hours or less.

Have Questions?
Call and speak with one of our funding experts today.

You can either apply online or call us toll-free at (877) 932-2628. We’ll answer all of your questions and gather some basic facts about your case.

Our team will work directly with your attorney to review your case. Approvals can happen as quickly as 1 hour after receipt of all required information.

A funding agreement is sent via DocuSign. After signed copies are returned, your cash is sent to you by wire transfer or FedEx Overnight.

More Resources About Feet on the Dashboard Accidents

Although airbags are designed to protect us, even when used properly, airbag injuries happen often.

They can be invaluable in preventing deaths and serious injuries in high-speed collisions. Sometimes, however, especially in low-speed impact crashes, an airbag deployment often creates injuries where there otherwise wouldn’t be any.

Our blog has an ever-expanding trove of excellent articles where you can learn more.

Here are a few examples:

See All of Our Articles About Airbag Injuries

NHTSA estimates that as of 2017, 50,457 lives have been saved by frontal airbags (National Center for Statistics and Analysis, 2020).

In frontal crashes, front airbags reduce driver fatalities by 29 percent and fatalities of front-seat passengers age 13 and older by 32 percent (Kahane, 2015). NHTSA estimates that the combination of an airbag plus a lap and shoulder belt reduces the risk of death in frontal crashes by 61 percent, compared with a 50 percent reduction for belts alone and a 34 percent reduction for airbags alone.

Side airbags with head protection reduce a car driver’s risk of death in driver-side crashes by 37 percent and an SUV driver’s risk by 52 percent (McCartt & Kyrychenko, 2007).

States Where Legal Funding on Airbag Injuries Is Popular

See All States Where Airbag Injury Accident Funding Is Available

At a minimum, all you need to qualify is that you must:

Isn’t it finally time for you to take back control of your finances?

Legal funding is not a loan. It is the non-recourse purchase of an equitable lien in a plaintiffs’ legal claim. Words such as ‘loans,’ ‘lending,’ ‘borrow,’ etc., are used for search and marketing purposes only.
More info